9 Things to Check During a Mobile Home Inspection

Mobile homes are a more affordable alternative to traditional single-family homes and apartments. However, they’re built in a slightly different way and are subject to different codes. As such, it’s important to understand the specific things to be aware of. Let’s take a look.

The main thing that differentiates a mobile home from a traditional one is the foundation, which is why this should be the first thing to check during your inspection. Depending on local codes, the mobile home can rest either on concrete blocks, or on piers. It’s important to pay attention to the pier spacing as well, which should be 8 to 10 feet apart, and should come with properly secured ground anchors and ties. Check for any cracks and signs of water damage, as well as whether the concrete slabs are showing signs of sinking into the ground.

While inspecting the foundation, take a moment to check on the crawl space as well. This is the mobile home’s underbelly, and also an area that can harbor many flaws that aren’t immediately obvious. Ideally, the crawl space should be sealed to prevent ground level moisture from entering your home, with intact skirting and unobstructed vents. Keep an eye out for signs of rot or mold on the insulation, termite damage, leaking pipes that could freeze and burst in winter, as well as damaged electrical wiring that could cause fires.

Also known as vapor barrier, this is one of the most important elements insulating the bottom of your home from water damage. All manufactured mobile homes must have a 6 millimeter thick layer of polyethylene or similar material covering the underside of the home. Check that this barrier is intact, with no signs of tears or delamination, and that it’s not sagging, as it could indicate more severe problems with moisture build-up.

Moisture is the number one enemy of mobile homes. If you’re feeling a bit too claustrophobic to inspect the crawl space, the inside flooring can also tell you if something is off. Warped or sagging floors are one of the main signs that there may be problems underfoot while uneven flooring could indicate that the piers are shifting. Squeaky floors and soft spots can be quite common in mobile homes, but they could also indicate recurring water damage and rot.

Most mobile homes use single-pane windows, so it’s essential that you check they’re properly insulated. Damaged seals can result in temperature fluctuations, condensation, and other moisture related problems later on. Also, take a moment to open and close all the doors. If they stick or aren’t properly aligned, that could indicate structural issues, such as the fact that the home might be sinking.

Poorly installed or repaired electric panels and outlets present a serious fire hazard, which is why it might be best to leave this part of the inspection to professionals. However, there are some things you can check yourself during your inspection. Look out for any hanging or damaged wires, especially in the crawl space. Beware of too many extension leads, which could indicate that there are several outlets that are not working.

Depending on where the mobile home is located, it may or may not be connected to the local sewer system. However, in rural areas it’s not uncommon to have a septic tank. Again, this is the kind of job best handled by a qualified inspector, but you can still keep an eye out for leaky pipes or faucets, wobbling toilets and sinks, as well as moisture stains around them.

Inspect the walls of your mobile home both outside and in. Tour the premises and push on all the walls, making sure that they’re sturdy and not wobbling. The type of siding used can also give you an idea of potential damage to the walls, with metal siding being more likely to leak at doors and windows, while hardwood will leak at joints and seams. If you’re shopping for a double-wide mobile home, make sure to check that there is a load bearing wall (also known as marriage wall) in place.

Many of the roof problems should be fairly easy to spot, such as water stains, which indicate leaks. Always be wary around ceilings that sag, as they present a structural hazard and could collapse later on. Check for any missing shingles or tiles, or if the roof is metallic, signs of rust and corrosion.

Last but not least, always make sure that the mobile home you’re inspecting clearly displays a data plate. This will confirm that the home is made in accordance with safety guidelines, and also provide you with essential information such as wind zone and roof load zone. 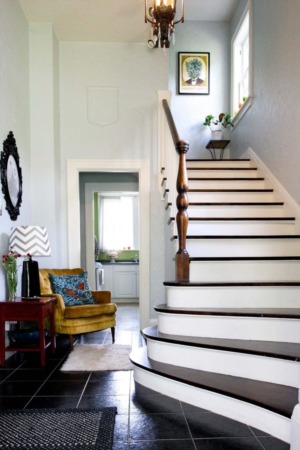 Transforming Wasted Space into Useful Space - Every home is different, so it’s important to remember that those awkward spaces can be decorated ...Read More 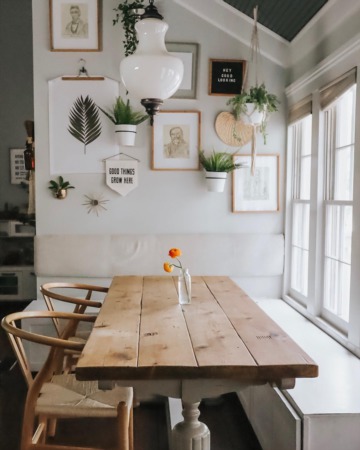 Breakfast Nook Ideas— I have always been a fan of sitting down for dinner with my family, talking about your day, or catching up after a busy ...Read More 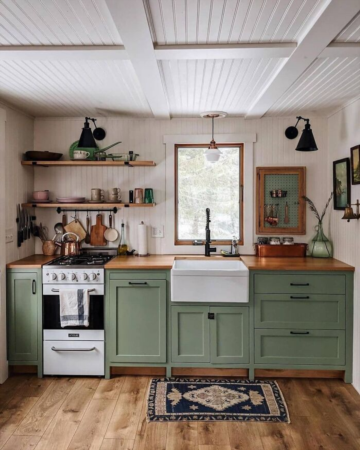 Updating Your Kitchen on a Budget

­­­Updating Your Kitchen on a Budget- When I had the opportunity to give this house a new life, the first thing I noticed was the floors. ...Read More